The intersection of Prairie Street and Wilson Street was studied as part of the overall Prairie Street Reconstruction project (location map) which was initiated in January 2017. Traffic signal warrants were evaluated using existing and projected (2040) traffic volumes using current traffic signal guidelines. The results of the study indicate that this intersection warrants traffic signals for existing and projected traffic volumes. 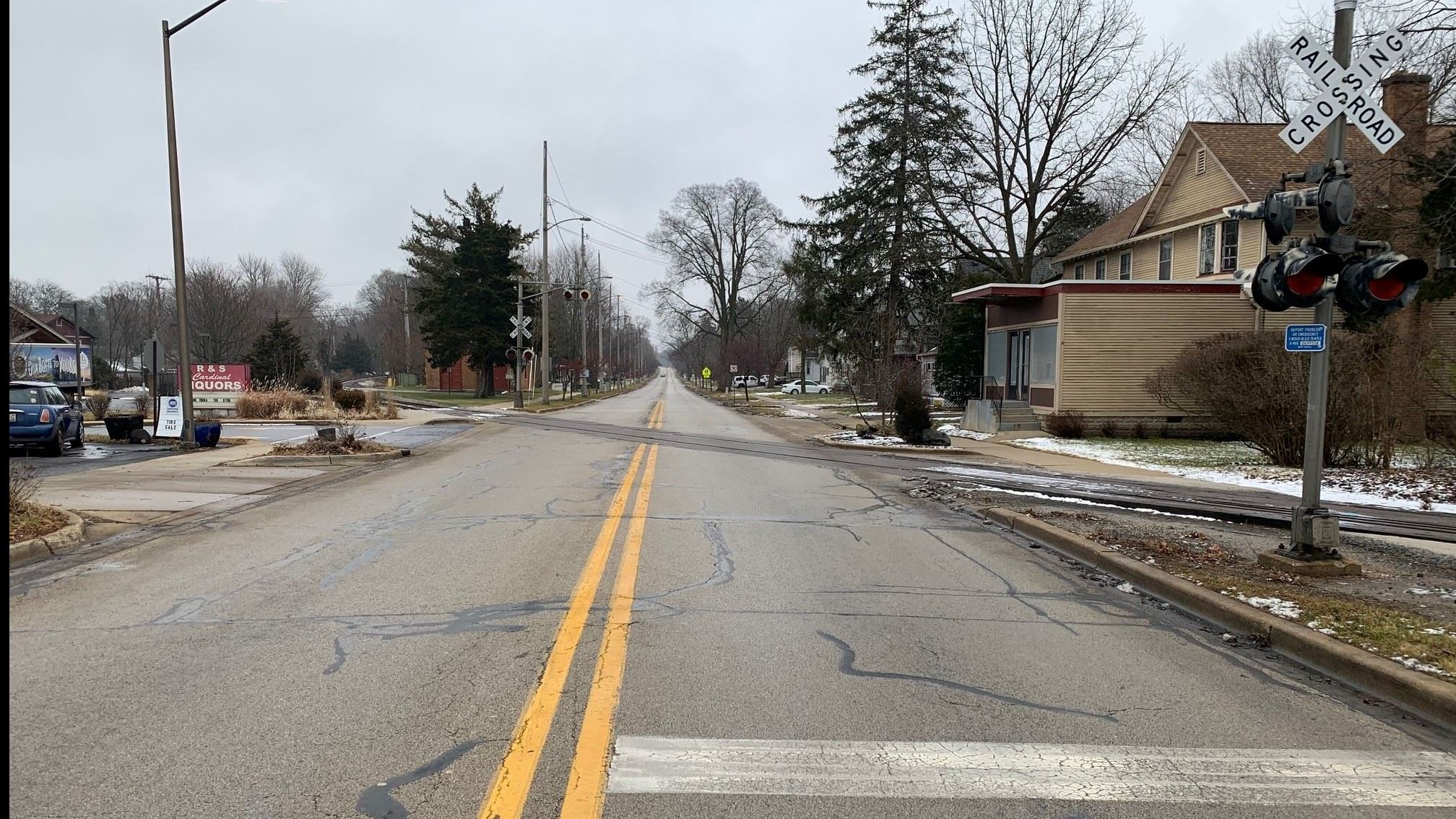 Project Status as of June 2022

The City is coordinating with the Illinois Commerce Commission (ICC) and Burlington-Northern Santa Fe (BNSF) Railway to agree on the proposed design of the railroad crossings and signal. City staff and consultants have had multiple meetings with representatives from the ICC, BNSF, and IDOT to coordinate the intersection design with the safety improvements to be made at the railway crossings.

Once all parties have come to an agreement an ICC hearing will be scheduled which will provide the final determination for the railway improvements. After the ICC determination has been made the intersection design will proceed to final plan preparation. The City expects the design to be finalized and submitted to IDOT for approval in November 2022.

In early 2017, the City initiated a preliminary engineering study for the reconstruction of Prairie Street. The pavement was in very poor condition where a resurfacing would not be sufficient, the road needed to be fully reconstructed. The study was completed in June 2019 and the first phase of reconstruction work from Pine Street to Wilson Street (Stage 1) was completed in October 2020. In November 2019 the City of Batavia was awarded Federal funding through the Kane-Kendall Council of Mayors (KKCOM) for the Prairie Street and Wilson Street Intersection Improvements Project (Stage 2).

IDOT stated early on during the preliminary study that the Prairie St reconstruction project needed to include a traffic analysis of the intersection at Wilson Street as part of the preliminary engineering study. The results of this study showed that a traffic signal is warranted as well as capacity improvements including additional turn lanes. This added coordination with both the Illinois Commerce Commission and Burlington-Northern Santa Fe Railway due to the railroad crossings which significantly increased both the costs and complexity of the project.

The cost of the project increased from about $2 million to just over $3.5 million with the intersection improvements. Consequently the project was broken into two stages since the funds were only available for the reconstruction of Prairie south of the railroad tracks. The Stage 2 intersection improvements were delayed to allow the City time to apply for other funding sources.

In November 2019 the City was awarded federal funds to help pay for the Stage 2 intersection improvements and in April 2020 the City selected a consultant (TranSystems) to perform final design engineering services for the intersection project.

The limits of the intersection improvements project are shown in the below map:

The City has been approved to receive just over $1.5 million in STP funds (Federal Fund) for the Construction and Design Engineering for the intersection improvements. The Federal STP award is funded at a Federal 70% and Local 30% match.  The City has also been awarded Illinois Commerce Commission (ICC) Grade Crossing Protection funds in the amount of about $1 million for the railroad safety devices. This fund is awarded at a ICC 95% and Local 5% match.