Create an Account - Increase your productivity, customize your experience, and engage in information you care about.

The Batavia Community Band of Batavia, Illinois was conceived by Mr. John Heath, retired band director of the Batavia High School, and Dr. Linda Schielke, retired school administrator, in October of 2013. As the Mayor's wife, Dr. Schielke had attended dozens of City events and celebrations each year, and she felt that many of them could benefit from having band music as part of the program. An all-call for band members went out via print media and online, and dozens of players responded. In late October, practices began in the Batavia City Hall Council Chambers, and at the Celebration of Lights on the Sunday evening after Thanksgiving, the first-ever Batavia Community Band concert was performed on the Riverwalk. 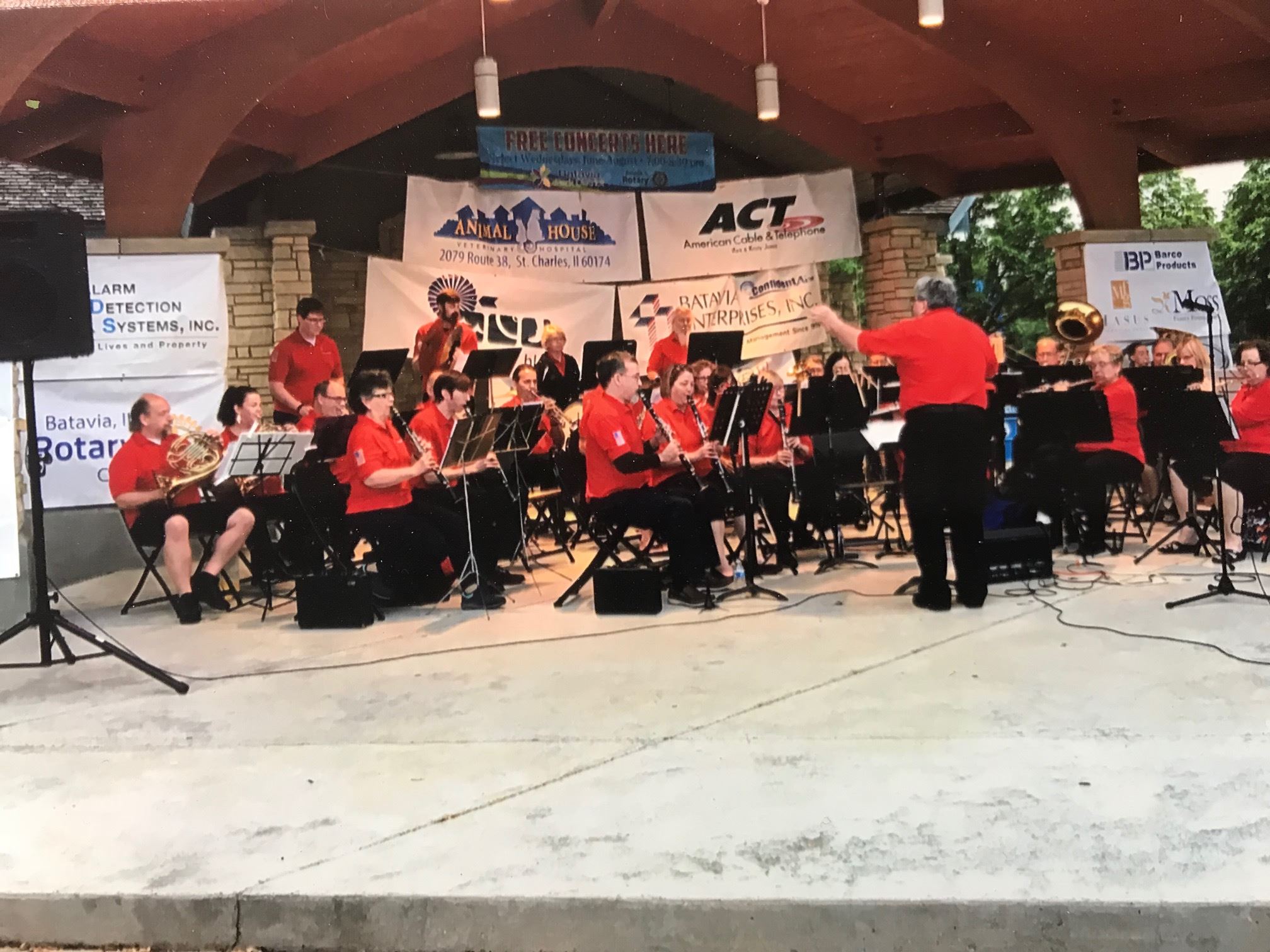 -Last Monday in May: Memorial Day program at the Batavia VFW

-November (Sunday evening after Thanksgiving): Celebration of Lights kick-off to the holidays on the Riverwalk

Because the Batavia Community Band functions under the umbrella of the City of Batavia, invitations to the band are accepted by Mr. Heath and Dr. Schielke based on the following criteria:

No City of Batavia budget funds are spent on the Batavia Community Band. In-kind support and resources (such as a place to practice, storage for equipment, chairs, carts, web/tech support, etc.) are provided at no cost to the band by the City of Batavia.

Musicians of all ages and towns are welcome to join the Batavia Community Band. (We only request that for any interested middle or high school students their school practice/performance schedule has to take precedence over the Community Band's schedule.) No audition is required, but knowledge of your performance background is appreciated. If it has been several years since you've played, you are still most welcome. Players must bring their own instrument and music stand. Members are encouraged to attend as many practices and performances as possible, but no penalties exist when busy lives have to take precedence. There is no cost to being a member nor remuneration; all members serve as volunteers. The Batavia Community Band's schedule begins in late March and extends through the last Sunday in November, with a brief hiatus after the 4th of July through the latter part of August. All practices are held in the City Council Chambers at the Batavia City Hall; days of the week we practice vary from year to year depending on the director's schedule.

For further information about joining the Batavia Community Band, please email Dr. Schielke or check out our page of information and photos on our website.