Create an Account - Increase your productivity, customize your experience, and engage in information you care about.

The first prescribed burn in anticipated in mid to late March, weather pending. The City’s contractor for natural areas, Encap, will perform the burn.  Once a date has been determined it will be posted on this page.

The third full season of monitoring and maintenance was completed since the initial planting in 2015. The basin was overseeded in May 2017 to fill in void spaces. Since 2017 it has been a maintenance project with herbicide applications and routine prescribed burns.

This is the second full season of monitoring and maintenance since the initial planting in 2015. The basin was overseeded in May 2017 to fill in void spaces. Next season this should just turn into a maintenance project with herbicide applications and routine prescribed burns.

The basin was seeded on last fall on November 11, 2015, and certain areas blanketed. Seed takes a while to germinate and you shouldn’t expect to see the seed mix bloom until mid-late June, creating the naturalized habitat. In addition, there may be some oats in May.

The grass will eventually die off from the herbicide applications and the grass will remain on-site and act as mulch for the seed mix. Next spring the seeds will bloom and create the naturalized habitat. The city will continue maintenance in the spring, including herbicide, and the City work with the contractor to ensure full coverage from the fall seeding.

The City of Batavia will be working with a Design-Build contractor that will work with the City of Batavia to convert an existing dry detention basin in the Normandy Subdivision located at the northeast corner of Raddant Road and Edwards Drive to a naturalized basin. The original basin was constructed in the late 1990s. The conversion of the basin will include native plants. To see a local naturalized basin in town that was just reconstructed go to the Windmill Lakes Detention Basin behind Tower Car Wash and Holy Cross Church west of Randall Road on the south side of Main Street.

The City awarded the bid on September 22, 2015, to Tallgrass Restoration. Construction started shortly thereafter. The contractor has created a seed design mix for with native plants that will showcase color while keeping the plants fairly short in height. The mix will include sedge, bluegrass, iris, coneflower, milkweed, aster, goldenrod, and black-eyed susan.

Normandy Subdivision Detention Basin (will be available upon request)

This project was partially funded by Electronic Recycling money for the conversion to native plants. The remainder of the project was fully funded through the Drainage Program via the General Fund. 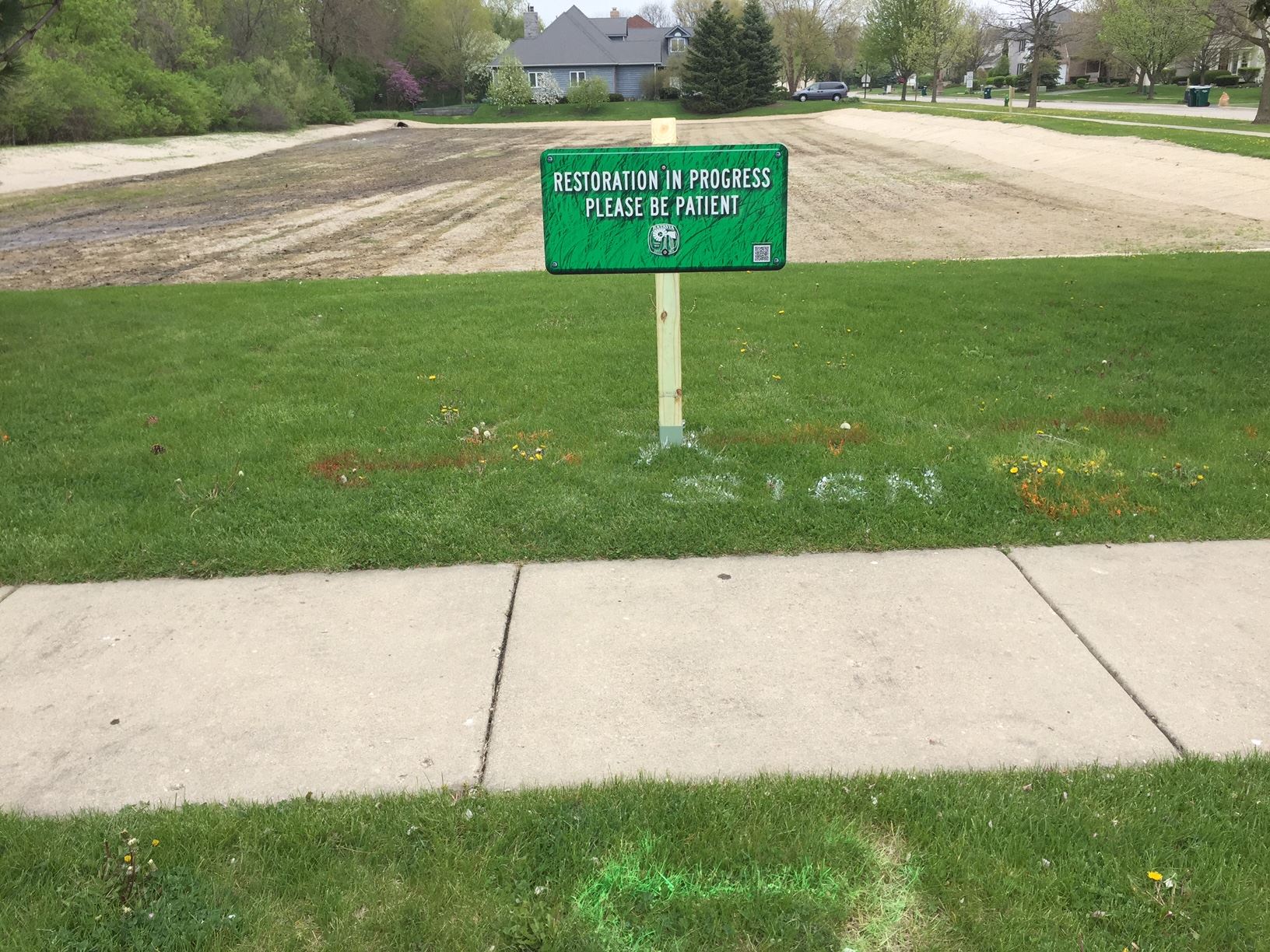